See
How Do Dinosaurs Series
illustrated by Mark Teague

Mark Teague has never taken an art class in his life. Through trial, error, talent, and a love for drawing, he has become one of today's top illustrators for children. Teague has a knack for developing delightful and amusing characters - whether they are dogs, pigs, martians, or dinosaurs. He has illustrated over 40 stories by other authors, including How Do Dinosaurs Say Goodnight? by Jane Yolen, The Poppleton series by Cynthia Rylant, and First Graders From Mars by Shana Corey. Yet Mark Teague also writes his own memorable tales, such as the hillarious stories of that loveable canine, Ike LaRue. 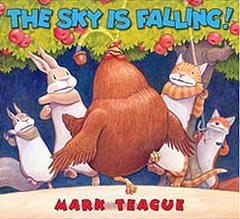 The Sky is Falling

When an acorn hits Chicken Little on the head, she panics and screeches, "The sky is falling! The sky is falling!" Squirrel, who knew a thing or two about acorns, tried to set the record straight, as did the other animals. The chickens started dancing--they moonwalked, they mamboed, and they did the twist. Pretty soon the other animals joined them. You can't blame someone for wanting to dance, even if the sky isn't really falling! Hardcover, Picture Book. Ages 5-6. 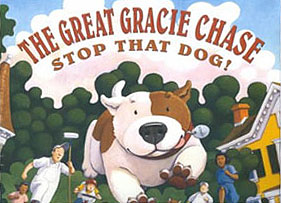 Stop That Dog! Gracie Rose is out of her yard, and no one in town can catch her. How can such a quiet little dog cause such a noisy uproar? Join in the fun as Gracie runs and runs and runs - in an unexpected chase that surprises everyone - especially Gracie! Hardcover, Picture Book. Ages 3-5. 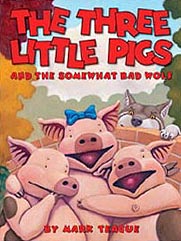 Three pigs spend their money on different things: potato chips, sody-pop, and building supplies. It comes as no surprise that a wolf is able to blow down the first two pigs' houses. When the wolf can't blow down the third pig's brick house, everyone comes together and the fun begins. The first two pigs give him potato chips and sody-pop, and the third pig makes everyone a healthy meal. Since only one pig has a house left, the other two pigs and the wolf move in with her. The somewhat bad wolf is no longer hungry. Hardcover, Picture Book. Ages 5-6. 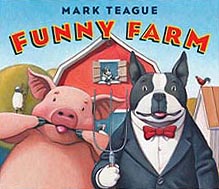 Welcome to the funniest farm you will ever visit! Join Edward as he pitches in with the chores on his first trip to Hawthorne Farm -- where the pigs play practical jokes, the sheep brush their teeth before heading out to graze, and the mice churn their own butter. It is a day that Edward will never forget -- a funny day on a funny farm. Hardcover, Picture Book. Ages 3-5. 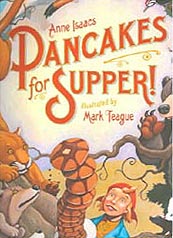 Toby is all dressed up in her bright new clothes and on her way to town - when suddenly - BUMP! She is hurled out of her parents' wagon and high into the sky! Then deep into the forest she falls, right in front of a hungry wolf! But this clever girl fends off fearsone wild animals by trading items of her clothing in exchange for her safety. How the incredibly vain creatures turn into a puddle of maple syrup - and end up on Toby's pancakes - makes for a satisfying surprise. Hardcover, Ages 5-7. 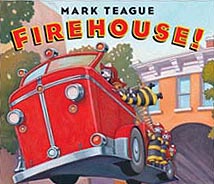 Join Edward and his cousin Judy as they spend a hilarious day learning how to be firefighters. From a fire drill that leads to a slippery slide down a fire pole, to a hysterical battle with an out-of-control fire hose, Edward is in for an action-packed adventure. And when faced with a real emergency, it's Edward who saves the day! Hardcover, Picture Book. Ages 3-5. 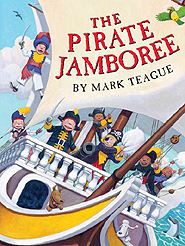 Join Blackbeard Johnson, Eyepatch Sue, Cap'n Gunderboom, and others sail over to Peg Leg Jones' for a rousing pirate adventure! They arrive on their pirate ships, plunder treasure, topple a table, and fire cannons during the pirate jamboree. The pirate adventures come to a close when the S.S. CLEAN YOUR ROOM (otherwise known as Mrs. Jones) arrives and playtime is over, but ahoy -- tomorrow will bring another day, another tale, another pirate jamboree! Hardcover, Picture Book.
Ages 4-8. 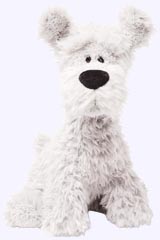 Dear Reader, Ike LaRue has wanted to come to your house for sometime now. But, he has been terribly busy rounding up cats, running for mayor, attending obedience school, and trying to prove his innocence in the canary burglaries. Due to his busy schedule, he has asked me, his friend Bently, to stand in for him so that you can enjoy having me with you as you read his adventures. I am almost a foot tall and I 'm very soft and cuddly. Your new friend., Bently. 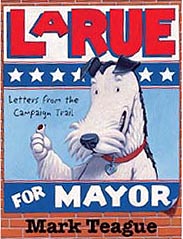 Dear Intelligent Voter, Are you tired of candidates who lie, cheat, and steal their way into office? I assure you that a vote for me is a vote for honesty, dignity, and good manners. With Mrs. LaRue injured and in the hospital, it is up to me to uphold justice and take the laws of Snort City into my own paws. Yes, with dog-haters on the rampage, this is a difficult and dangerous task. But I have the courage and proven leadership abilities to make a difference! Keep Snort City safe and clean! Vote for Ike! Three cheers from your next mayor, Ike LaRue. Hardcover, Picture Book. Ages 4-8. 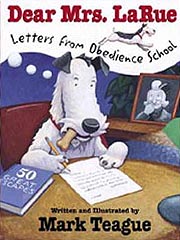 Dear Anyone Who Will Listen, Have you ever been unjustly punished? Banished to your room? Denied your favorite foods? Then you will relate to the hardship and woe I'm enduring while locked up at the Igor Brotweiler Canine Academy. This is a school for BAD DOGS, not good ones like your dear old Ike! Trust me when I tell you that I am being horribly mistreated here, and I grow sadder and lonelier (not to mention skinnier!) by the hour. Can somebody please tell Mrs. LaRue to come and get me right away?! Sincerely, The loyal and misunderstood, Ike LaRue. Hardcover, Picture Book.
Ages 4-8. 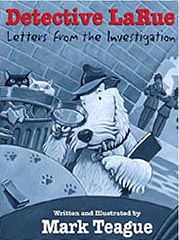 Detective LaRue - Letters
from the Investigation

Dear Reader, As if I didn't suffer enough in obedience school, now I'm in prison! I assure you the whole thing is a big mistake. (Honestly, how should I know where the Hibbins' cats are?) With Mrs. LaRue vacationing in France, and the Snort City Police Department stalled by a string of canary burglaries, I must take matters into my own paws. Mounting an investigation to prove my innocence will be dangerous. It will require great cunning and bravery. I may be putting my life on the line. But that is a risk I must take in order to preserve my spotless reputation. Your intrepid detective, Ike. Hardcover, Picture Book. Ages 4-8.