William Joyce has written and illustrated over fifty children's books including George Shrinks, Santa Calls, Dinosaur Bob and his Adventures with the Family Lazardo, Rolie Polie Olie, The Leaf Men and the Brave Good Bugs, The Fantastic Flying Books of Mr. Morris Lessmore and A Day with Wilbur Robinson. Joyce is currently working on a series of novels and picture books, The Guardians of Childhood, consisting of a total of 13 books. Helen Oxenbury is among the most popular and critically acclaimed illustrators of her time. Her numerous books for children include the Kate Greenaway Medal-winning Alice's Adventures in Wonderland by Lewis Carroll; Smarties Book Prize-winning Farmer Duck by Martin Waddell; We're Going on a Bear Hunt by Michael Rosen; Ten Little Fingers and Ten Little Toes, written by Mem Fox, as well as her classic board books for babies. Mark Teague is one of today's top illustrators for children. Teague has a knack for developing delightful and amusing characters - whether they are dogs, pigs, martians, or dinosaurs. Mark Teague also writes his own memorable tales, such as the hillarious stories of that loveable canine, Ike LaRue. Kate DiCamillo is the author of many books for young readers. Her books have been awarded the Newbery Medal (The Tale of Despereaux); the Newbery Honor (Because of Winn-Dixie), the Boston Globe Horn Book Award (The Miraculous Journey of Edward Tulane), and the Theodor Geisel Medal and honor (Bink and Gollie, with co-author Alison McGhee) and (Mercy Watson Goes for a Ride). Audrey uses the medium of children's literature to practice the disciplines of art, music, drama, dance, and writing. Her unique work creates a sense of imagination and excitement. Audrey loves step-and-repeat stories for the "music of language". An example of this would be her famous book, The Napping House. Jerry Pinkney won the annual Caldecott Medal in 2010 for The Lion & the Mouse and has won numerous other awards for illustrating children's books. His most favorite is always the work in progress on the drawing board, "because my strongest feelings about a particular book are tied to the experience of creating it". He has always had an interest in diversity and many of his children's books celebrate multicultural and African-American themes. In the books he writes, David Shannon often uses incidents and people from his own life. His daughter made animal noises before she could talk, so Shannon wrote Duck on a Bike, a story with lots of quacks, moos, oinks, and woofs. His entertaining picture book about a West Highland terrier, Good Boy, Fergus!, features the beloved family dog, and how can anyone with children not guess where Shannon got the idea for Too Many Toys? Shannon's Other popular books include No David! and How I Learned to be a Pirate. Macaulay's most famous works have been graphic, non-fiction children's books about architecture and engineering. He published his first book, Cathedral, in 1973. Following in this tradition, other books including City, Castle, and Pyramid, have provided the explanations of the how and the why in a way that is both accessible and entertaining. From the pyramids of Egypt to the skyscrapers of New York City, the human race's great architectural and engineering accomplishments have been demystified through Macaulay's elaborate show-and-tells. Five of his titles have been made into popular PBS television programs. Shel Silverstein was a poet, musician and the well known author of children's books, such as The Giving Tree and Where the Sidewalk Ends. In 1963, Lafcadio: The Lion Who Shot Back would be his first book for children. Over the next three decades he also penned A Giraffe and a Half , The Missing Piece, A Light in the Attic, The Missing Piece Meets the Big O,. Falling Up, Draw a Skinny Elephant, and Don't Bump the Gump. Trina Schart Hyman illustrated over 150 children's books in her life. She used her daughter as the model for the heroine for many of her books. She is noted for her inclusion of black children in her works, which she based on her grandchild. Her watercolors, oils and drawings enlivened everything from collected stories to novels to poetry, as well as oft-retold classics like Sleeping Beauty, Rapunzel and the Arthurian legends. Maurice Sendak became widely known for his book Where the Wild Things Are, first published in 1963. Almost fifty years later, School Library Journal sponsored a survey of readers which identified Where the Wild Things Are as top picture book. Sendak also wrote works such as In the Night Kitchen, Nutshell Library, and illustrated many works by other authors including the Little Bear books by Else Holmelund Minarik. Theodor Seuss Geisel was most widely known for his children's books, which he wrote and illustrated under the pseudonym Dr. Seuss. He published 46 children's books, often characterized by imaginative characters, rhyme, and frequent use of anapestic meter. His most-celebrated books include the bestselling Green Eggs and Ham, The Cat in the Hat, The Lorax, One Fish Two Fish Red Fish Blue Fish, Oh The Places You'll Go!,The 500 Hats of Bartholomew Cubbins, Fox in Socks, The King's Stilts, Hop on Pop, Thidwick the Big-Hearted Moose, Horton Hatches the Egg, Horton Hears a Who!, and How the Grinch Stole Christmas!. Susan Jeffers is the illustrator of such distinguished picture books as My Pony, Robert Frost’s Stopping by Woods on a Snowy Evening; and the ABBY Award-winning Brother Eagle, Sister Sky, which was also a New York Times besteller. 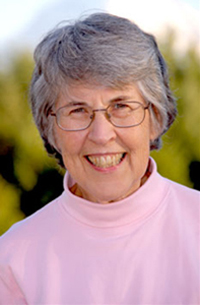 As a child, Peg Kehret wanted to be either a writer or a veterinarian; now she includes animals in most of her books. Her first book for kids was published in 1985. Her home is a log house on a ten acre wildlife sanctuary near Mount Rainier National Park. Since the publication of her first illustrated book in 1977 Lisbeth Zwerger has worked as a freelance picture book illustrator in Vienna, specializing in fairy tales. For her "lasting contribution to children's literature" she received the international Hans Christian Andersen Medal in 1990. Her style is similar to that of English illustrators of the 19th century and she acknowledges being influenced by the work of Arthur Rackham.